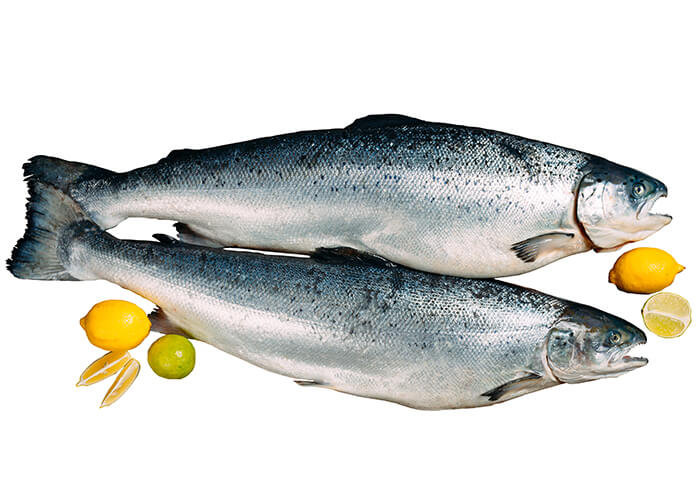 Atlantic salmon aquaculture, led by Norway and Chile, is one of the most profitable and technologically advanced fish production industries globally. Strong market demand in both developed and developing markets in almost every world region has resulted in salmon becoming the largest single fish commodity by value (FAO, 2020). The most recent estimates indicate that total production of Atlantic salmon has reached over 2.4 million tonnes with a value of 16.7 billion USD (FAO, 2020; Tacon, 2019).

The majority of farmed Atlantic salmon is produced in cages or net-pens in open seawater. The production cycle typically lasts three years and can be divided into two phases. First, salmon are reared from eggs to smolts over a period of 9 to 15 months in freshwater hatcheries comprised of either recirculating aquaculture systems (RAS) or flow-through systems. In the second phase of production, smolts weighing 40 to 120 g are transferred to sea cages or net-pens where they remain for 12 to 24 months until harvest (Glover, 2009). Despite a relatively wide thermal tolerance (6 ° to 22.5 °C), adult Atlantic salmon exhibit a preference for temperatures ranging from 14 °C to 20 °C (Elliot and Hurley, 1997). Moreover, salmon require good dissolved oxygen (DO) concentrations not less than 7 to 8 mg L-1.

Atlantic salmon are harvested at sizes ranging from 2 to 5 kg. The main markets for salmon are Japan, the European Union, and North America. The major products include fresh (whole, steaked, and filleted), frozen, and smoked fish (mainly for the European market). Fresh salmon may be sold with both the skin on or off.